Gold Work is a series of 15 digital prints produced whilst British Council artist in residence at FLORA, Bogotá, where I developed ...Y el barro se hizo eterno, a new project exploring public and private collections of pre-columbian gold and ceramics within the territory of Colombia.

The work incorporates a portfolio of promotional images, printed c1970s, which comprise of full colour reproductions of objects from the collections of Museo del Oro (Gold Museum), Bogotá. The object that appears most frequently in the series - against a saturated green background - is the Poporo Quimbaya, an important object used by indigenous cultures and a national symbol. Originally discovered by guaqueros (grave robbers), this object was the first piece acquired for what would become the collection of Banco de la Republica and the Museo del Oro, Bogotá.

The graphic, silhouetted eyes are drawn from ’alcancías’ (ceramic money banks), a mass-produced souvenir abundant in artisan shops throughout the city. The prints are issued with one folded corner, revealing the image source as ‘Banco de fotografias Movifoto’. 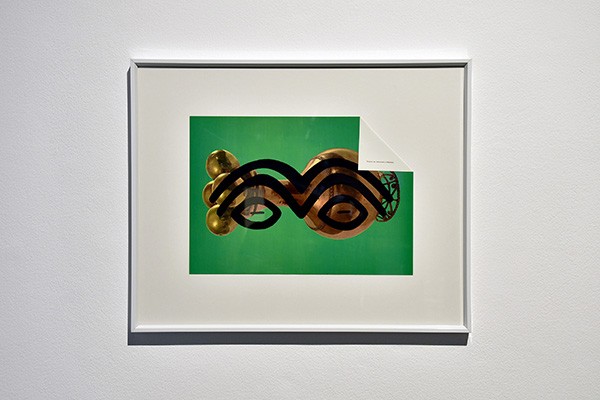